Probate in the BVI (and other offshore centers for that matter) is a subject that is not thought about often enough.  Over the years people easily accumulate estates in multiple countries leaving a nightmare in administration for their heirs. 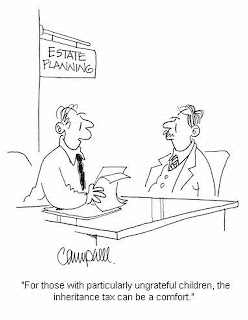 A timely reminder of this planning necessity has been that it has been over a year since the BVI formerly joined those jurisdictions that have implemented the “Status of Children Act 2014” (the Act). This has gone relatively unnoticed in the BVI press, but has a number of key features that will now invalidate the use of certain terms such as ‘legitimate’ or “illegitimate” and “lawful” or “unlawful” which have been used in the past to determine the privileges, rights, status and obligations of any child.
So in what way have the former BVI succession rules been updated to accommodate these key changes? In the past, illegitimate children had full inheritance rights according to their mother only and only where there were no legitimate children. The inheritance rights of an illegitimate child were therefore almost entirely vetoed, as the rules distinguished between children born in and out of wedlock, where the deceased person had died intestate. Of note, where the word “children” had been used in a trust deed, Will or other instrument, this was previously interpreted to mean legitimate children only.  In the event that there were any illegitimate children, then that child had to be specifically named in the deed.
The introduction of the Act will provide for equal rights for children born out of wedlock in the same manner as legitimate children providing that the paternity of the illegitimate child is admitted or can be established. It will also provide a broader interpretation of certain words such as ‘heir”, “issue” and “children” as this will extend to adopted children, artificially conceived children, and any children born to the opposite sex that have been living together for three years out of wedlock.
The Act has not been made retroactive and will have no effect if the deceased died testate or intestate prior to the implementation of the Act. It does however place a greater burden on the BVI executor or trustee in respect to any distribution or administration of any property or estate to ensure that they have exhausted all avenues of enquiry for those that may have a legitimate claim to the BVI estate by reason of the Act.
It is also a timely reminder to review the terms of any existing trusts to ensure that the issue is properly dealt with.
We use cookies to ensure that we give you the best experience on our website. If you continue to use this site we will assume that you are happy with it.Ok